BSR is not available at Google Play. The latest version of BSR can be downloaded only on this official website. Users of BSR can forget about the limitations on its functionality that Google Play had previously put.

You can download BSR from this website and then obtain an activation ticket to either use the app for free during a test period, or purchase full access to the entire functionality of BSR. 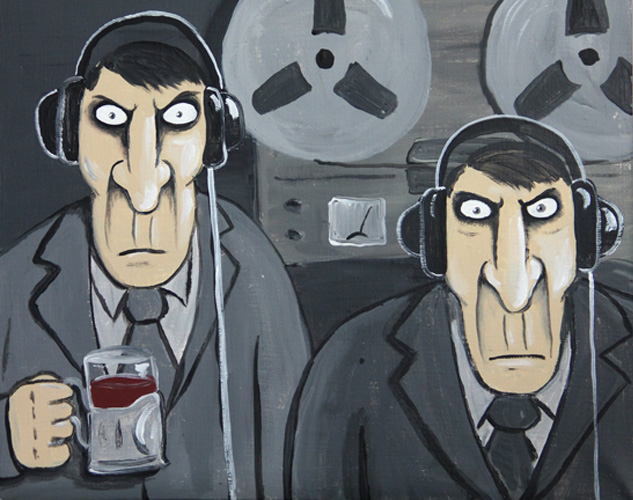 BSR is an Android app that can be used as a sound recorder, audio documenting tool.

Advantages of not listing at Google Play:

Usage is very simple — tap Start Recording to start the recorder, tap Stop to stop it. Before you tap Stop the recording should not be stopped, even if you go to the home screen or open another app. It will stop only in one of the following cases: 1) you tap the Stop button; 2) you kill the app; 3) the recording will reach the time duration limit if the "Continue Recording" checkbox is not checked (Settings / Limits); 4) Android will force-stop the app to save resources (read Troubleshooting on how to try to avoid this). Even if the phone gets rebooted, the recording will continue (if you tapped Start) before you tap Stop. Also, the recording can be interrupted temporarily if Android is seriously low on resources: it will temporarily kill the BSR background service. It should re-start the service shortly after the low resources problem is solved.

Select the "Phone calls" tab, tap the Record Calls button. From that moment, the app will wait for calls to record. When you tap Stop, the "Waiting for calls" stand-by mode will be turned off. Read the Basic Usage section above to learn about the cases when phone call recording can fail.

There are several ways of uploading the recorded files:

To properly set up sound quality, you first have to decide which is more important: minimal data volume (in bytes), or maximal sound detail.

In the Settings / Sound quality, when selecting the "Codec, sampling, bitrate" option, pay attention to the MB/h value. That's megabytes per hour. The minimal values (5.3 MB/h, 10.5 MB/h) should be preferred if you absolutely have to minimize occupied storage space and save time when uploading the files on a narrow bandwidth connection. However, you should keep in mind that these settings make the quality of sound rather poor. But if you're recording loud conversations in close proximity to the microphone - the low bandwidth settings should be enough.

What's the difference between AAC and AMR codecs? AMR codec is designed specifically for phone conversations. If you're recording loud conversations in close proximity to the mic, this codec should be enough. AAC codec is more versatile and will fit most situations, regardless of how far away the sound source is from the microphone (though you'll have to do some post-processing to amplify whispers).

In the Settings / Sound quality, when selecting the "Codec, sampling, bitrate", prefer the AAC codec options: Medium-Fine, Fine, or Transparent. The former two have the 44.1 KHz sampling rate, the latter has 48 KHz. The Transparent one will exceed CD sound quality (sampling rate of 48 instead of 44.1 KHz), the compression at that bitrate will be nearly lossless, you will keep all the miniscule details. For most usage scenarios, the Medium-Fine option is perfect.

In this case, take a look at the Medium option of the "Codec, sampling, bitrate" setting. It's the default. The sampling rate is 32 KHz, which is roughly in between 12 and 44.1 KHz. The expected size of a 1-hour recording file is roughly 14.1 megabytes.

What's the purpose of the Audio Source setting?

You will usually need only the "Microphone: Raw" or the "Default" options. The "Voice-optimized" option is sound from microphone with noise and low volume non-speech sounds filtered out (to create more compact AMR recordings). Don't use this option if you're not recording normal speech. The "Voice communication" lets you record phone call conversations directly from the communication module (to hear both parties), but that works only on Android versions prior to 6.0. Since 6.0, this sound source is prohibited by Android. To record phone calls on Android 6.0 and up, use the "Microphone" sound source.

What's the purpose of "Container for AAC"?

This setting lets you choose between the streaming ADTS container and the more versatile MPEG4 container.

Streaming ADTS container is needed when there's a high risk of abrupt stopping of the recording, as in case of a sudden power outage, battery removal, phone falling down, etc. In ADTS, no extra data is written to the file when the recording is stopped, as in MPEG4. So, even an abruptly stopped recording in ADTS can be read as is. However, recordings in MPEG4 that weren't properly finalized will be unreadable before some processing (re-indexing or extracting the AAC stream). Still, in most cases, MPEG4 is better, as ADTS files sometimes fail to play on the same devices they were recorded on. Always try recording and playing ADTS files on your phone before using this mode. Use the ADTS container only if you really need to.

BSR can turn on your Bluetooth headset even when you're not making a call and use its microphone for recording.

To enable this, mark the checkbox named "Use Bluetooth" in the "Sound quality" section of the Settings.

If you want to make sure this feature doesn't mess with your Bluetooth headset pairing by automatically releasing the use of Bluetooth after the recording is finished, also mark the checkbox named "Don't Release Bluetooth".

You can also toogle the use of Bluetooth for playback of the recordings by clicking the "Toogle Bluetooth" option in the main menu.

The Maximum Duration of Each File can be limited to enable more convenient handling of the audio files. Don't forget to check the "Continue Recording" checkbox so that when the limit is reached, a new recording will start. You can set the duration according to your preferred usage scenario. If you need the files to appear as soon as possbile on your FTP or Google Drive, it makes sense to set the duration to 15 or 30 minutes. If you need to minimize gaps between recordings (when a recording is ended and a new one is started, there can be gaps of at least 1 second), then choose 1 hour and more. The 1-minute option is for testing.

Maximum Folder Size can be set to a non-zero value. This will turn on the limit of storage volume occupied by the recordings. When the limit is reached, the app will delete the oldest recorded files.

The prefix can be handy if you upload files from several devices to a single cloud folder. This will let you see where the files came from. You can enter any characters to the prefix, but prefer letters or digits. Keep the prefix short - 1 or 2 letters, so that file names are not very long and fit the width of the ListView without line breaking.

If you need to limit the access of other people to the control interface of the app, you can introduce a digital PIN-code. Set the checkbox "Require PIN-code" and enter the PIN-code value, then choose "Hide Activity" from the main menu of the app. The next time the app activity starts, it will ask the user to enter the PIN-code. (In fact, it's easy to reset the PIN-code: just clear the app's data)

To make the app even more stealthy, you can remove its icon from the launcher menu.

Warning! After you remove the icon, there will be no trivial way for you to launch the app! You won't be able to launch it from the list of apps in the settings, as well as from its Google Play page!

In order to be able to open the app again, you should use the special launcher app: BSR Launcher. You can download it here:

This app will issue a special broadcast that will be detected by the BSR or BSR Free apps. This will let you open the main window of one of these apps.

The app records only when it's the foreground task. As soon as it goes to the background, it stops recording, either immediately, or some time later. It can't record for days without a stop.

Check your phone's settings related to power saving. On Huawei devices, add BSR to "Protected Apps" (the ones that will not be killed for power saving). Try setting the power mode to "Performance". Each device might have its own settings affecting apps running in the background. Learn more about your device, visit forums, search Google on topics like "killing background apps", "protect background apps", etc.

The recording doesn't start after the device has rebooted.

If you didn't press the "Start Recording" button before the reboot, then it shouldn't start recording. If you did, and BSR was recording before the reboot, then the re-cording should re-start soon after the reboot is complete. If this doesn't happen, then, again, check the device's settings. Some devices have power-saving, security, or speed-up settings that may affect apps that want to get started on reboot. Make sure BSR is exempt from those optimization settings on your device, and that it's allowed to start on device boot-up.

I've forgotten the PIN-code. What should I do to gain access to the app again?

It's easy — just purge all of the app's data or uninstall the app and install again. The PIN-code is stored in the app's settings.

I've forgotten the PIN-code, but I can't purge the data because I have recordings in the app's folder. What should I do to get those recordings?

This one is a real problem. To avoid situations like this, always record to the shared folder. Although it is still possible to get the recordings, especially if your device is rooted and you have the full access to the filesystem.

I'm wearing the phone in my pocket with the recorder on. The recording consist mostly of loud noises. Can I get a clearer recording?